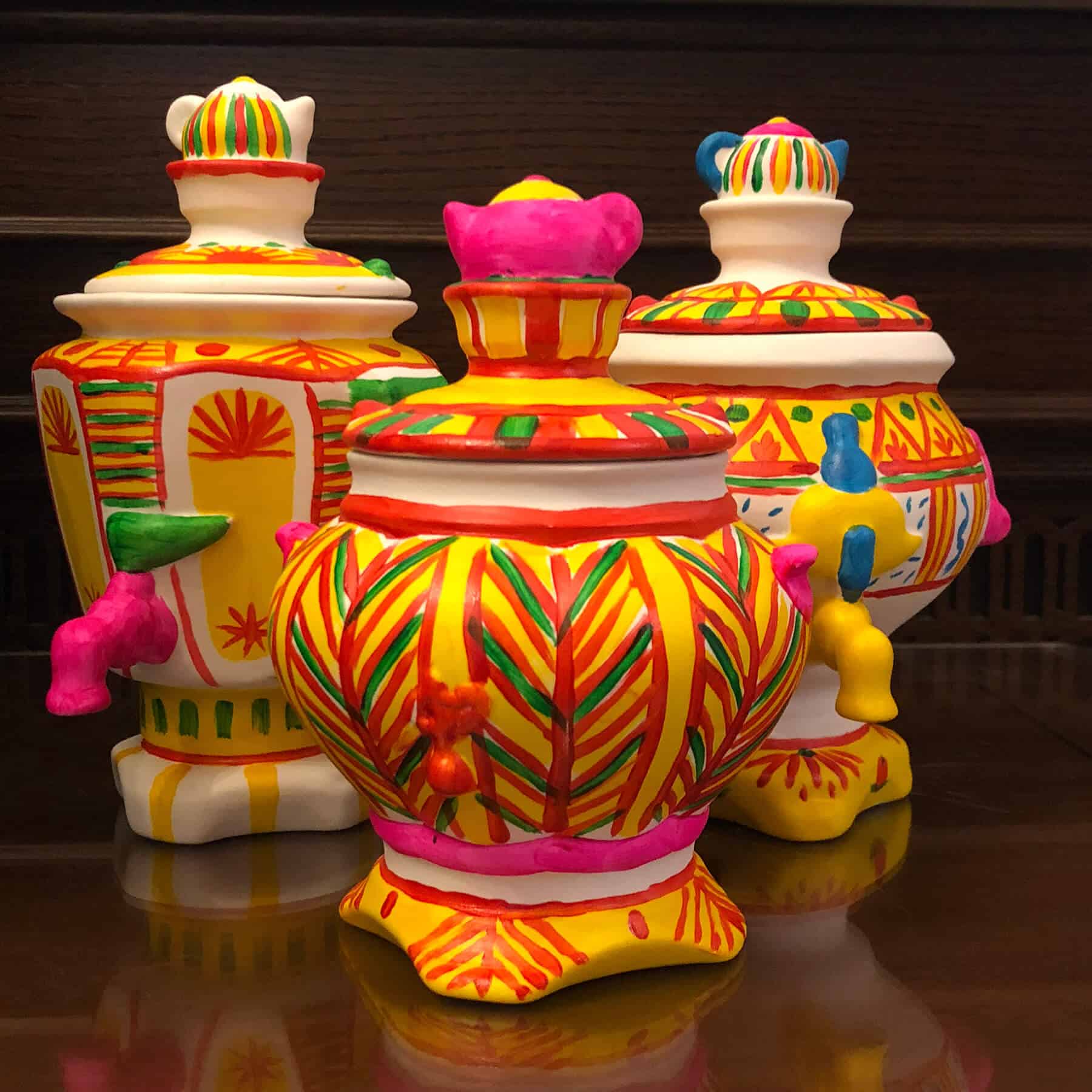 The history of Filimonov toys, according to some historians and archaeologists, began as early as 1000 years ago .

During archaeological excavations in the Tula region, one of the first, primitive clay toys of that period was found. They were small figures of birds, animals and people, which were a fun decoration for the whistle. Filimonov decoration appeared on toys as early as the beginning of the 19th century.

During the master class in our museum you can learn the history of Filimonov toys, master the basic painting techniques and decorate your very own toy in the form of samovar !