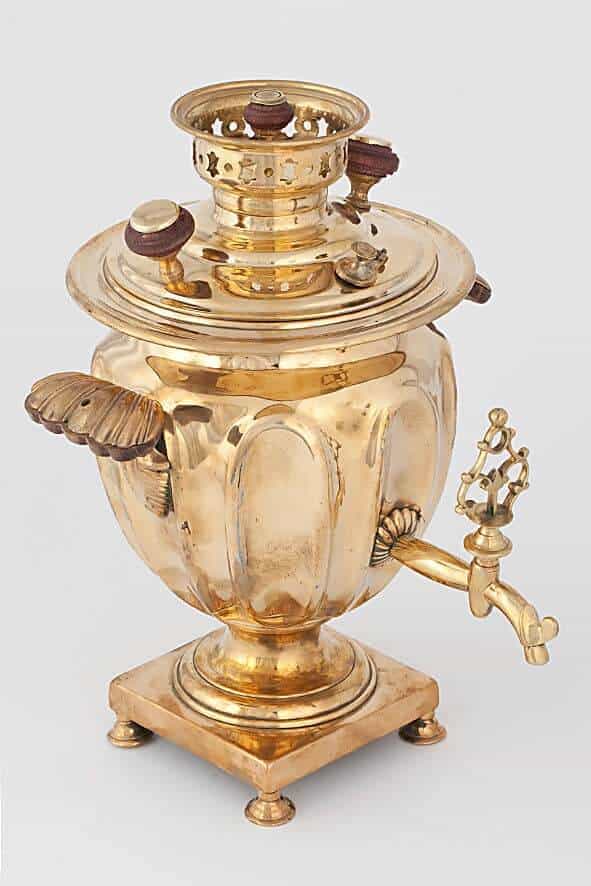 Ivan Grigoryevich Batashev may have been one of the most famous and well-known hardware and samovar makers in Tula to have his samovar Works awarded with the prestigious right to put national emblem on his tags and labels and tag its makes with it as far back in 1855.

Ivan G. Batashev was the second one to be honored with such an award after V.S.Lomov in 1840. Interestingly enough, Mr.Batashev managed to gain noble title for himself and his descendants. There is little data on him remained, and all of it comes from the State Archives of Tula , however there is enough to highlight the life path of this truly extraordinary person.

Ivan Grigoriyevich descends from the family of finishing weapon makers used to turn and fit the weapon parts. The first revision list of 1722 keeps the record of his forefather, Zakhar Titov the son of Batashev, the lock finisher.

Ivan was born to a family of weaponmaker, Grigoriy Ignatiyevich Batashev and his wife, Irina Vasiliievna on October, 16 in 1803. According to the records, he got education of sorts, but the whereabouts of it remain unknown. Since 1817 he got enlisted among instrument shop personnel. Ivan married Evdokiya Korneeva, a daughter of Kaluga merchant in 1826 who had their firstborn , son Ivan, two years later. The marriage was short-lived: in 1831 his young wife died of burnout (that turned out to be hysteria and other nerve diseases quite common not even with the nobility!). 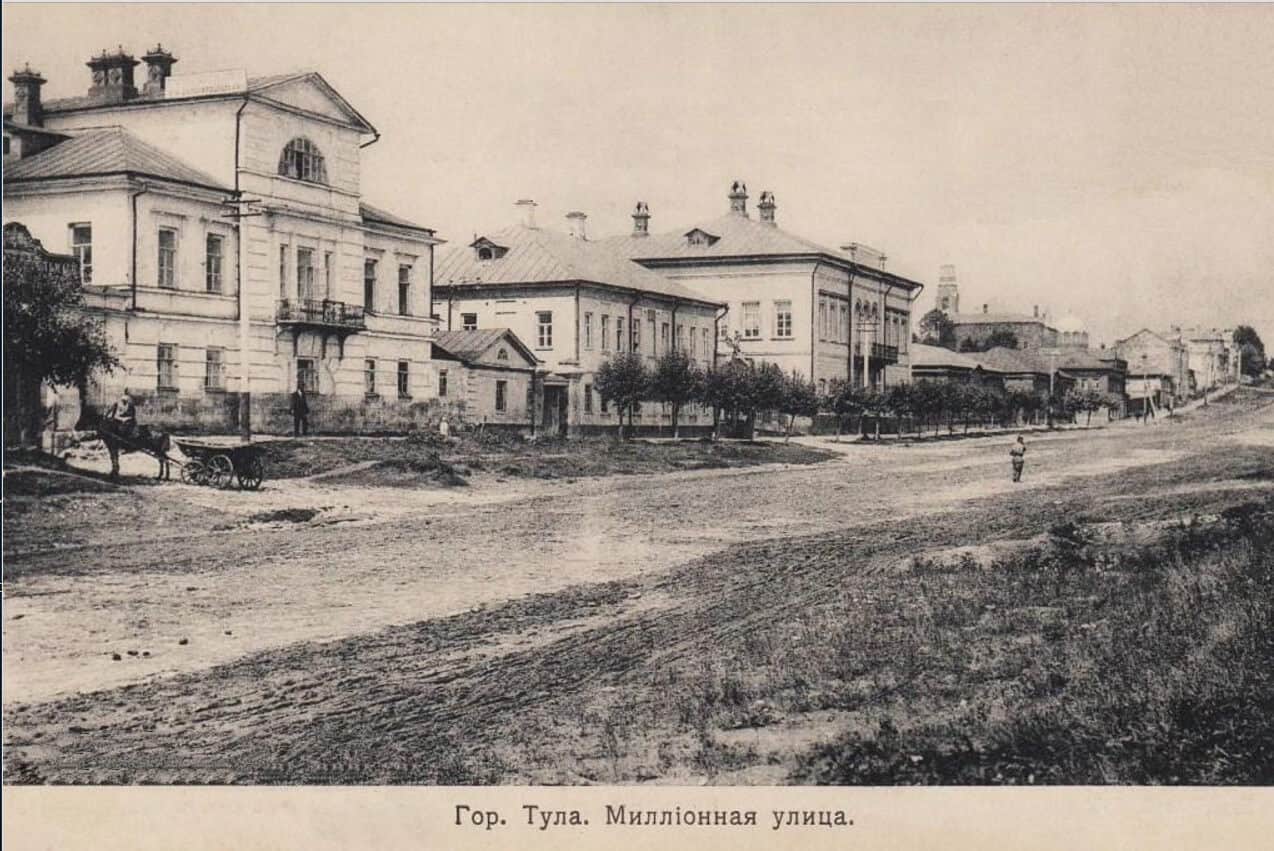 The House of I.G. Batashev in Millionaya str.(Oktyabr’skaya)- on the left, two-storey building with balcony, without mezzanine.

Back in 1825 Ivan Batashev opened works ‘for copper door bolts and locks’ by his house at Millionnaya (Oktyabrskaya) street where he also started making samovars. By the 1840’s his Works occupied two buildings: one of them two-storey, one wooden and one of stone with two smith shops.

In 1847 Ivan Grigoryevich Batashev applied to the Workshop Department seeking permission to build a new two-storey house on neighboring plots he bought earlier, one in 1825 from successors of the dead weapon maker, Mikhail Burdykin and another one in 1832 from weapon maker’s wife, Anisiya Pyanova. His manor became large enough to accommodate the entire ‘ Krasniy Oktyabr’ plant making plumbing equipment by the Soviet times. 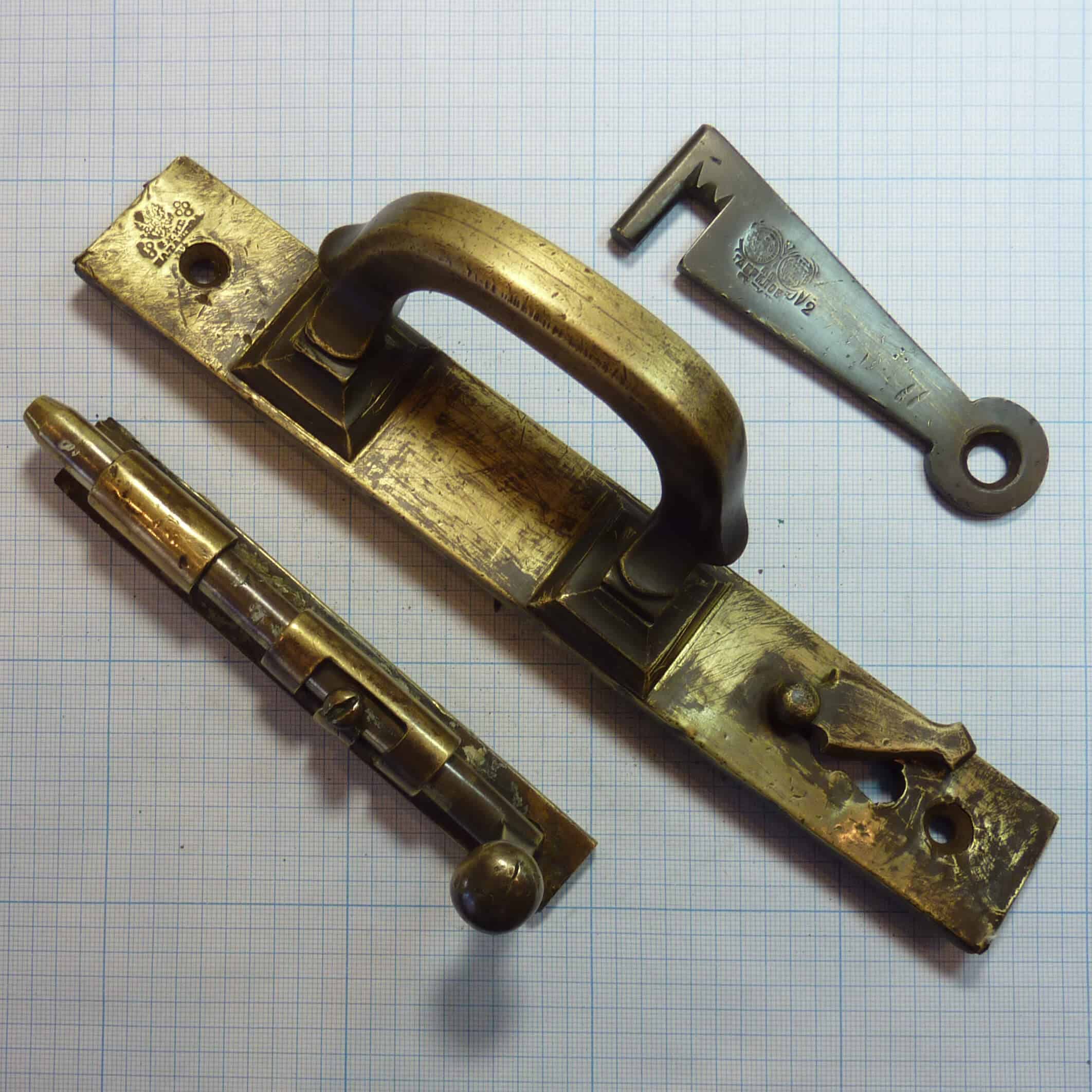 The extent of his works had became quite large: in 1847-1855 he produced 750-2000 samovars per year with the vast sales coverage: the State Tula Archives keeps letters to Mr. Batashev from merchants from Moscow, Saint-Petersburg, Yaroslavl’, Rostov, Kharkov and customers addressing Batashev from Poltava and Taurida Governorates. The official list of I.G.Batshev drawn up by artillery captain Nikolaev, serving as assistant to the commanding officer of Tula Weapon Plant contained following overview: ‘…Keeps his household in order, of good behavior, works hard to perform his official duties…’

Having started his work at 14, by the age of 46 Ivan had the following official occupations throughout these years:

For his public activities Ivan Batashev had been honored with 2 silver medals on Ann’s (1841) and Vladimir (1841) neck ribbons and for his donation to the Tula Alexander Cadet Corps he recieved the note of gratitude from the Great Prince and general –feldzeugmeister (commander of the entire Russian artillery), Mikhail Pavlovich.

In 1848 by the order of the same Great Prince, Mikhail Pavlovich, Ivan Batashev obtained a title of ‘The Craftsman at the court of His Emperor Highness and the Great prince Mikhail Pavlovich’.

In 1855 Ivan Batshev received the highest royal permission to referred to as the manufacturer of the metal instruments at the court of His Emperor Highness and received the inheritable right to put the national emblem and tag his makes with the label incorporating the same. 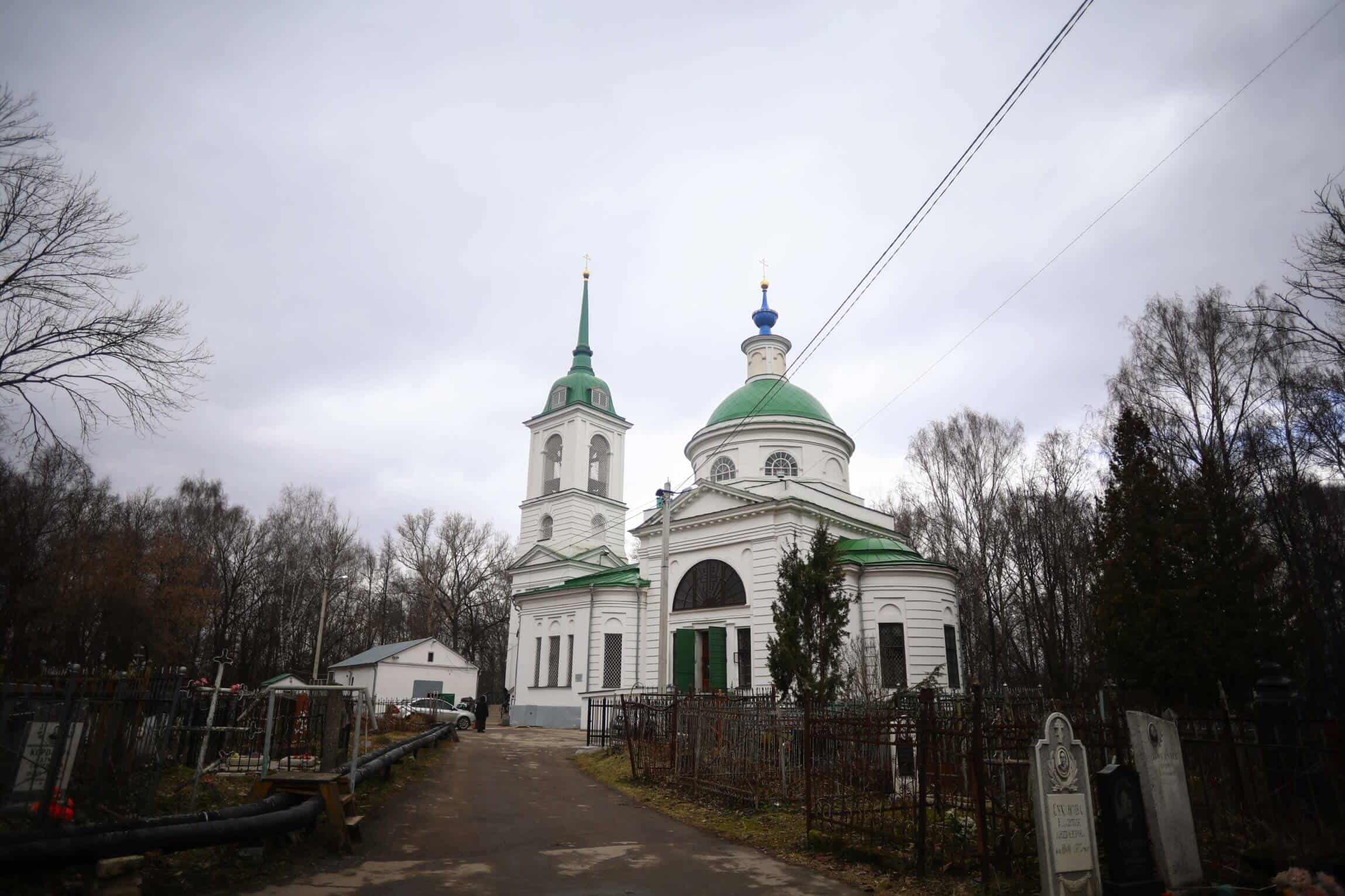 Since March 1849 Mr.Batashev had serves as the “agent” of the Moscow Guardianship of the Poor granting him the right to wear a uniform of set standard for charitable institutions curated by the Empress Alexandra Fedorovna. The same year, in May, he inquired the Tula Deputy Noble Assembly for the search for his noble descend. Although the history behind his nobility confirmation is very confusing, nevertheless, on July 9, 1852,following the registered imperial decree Ivan Batashev along with his wife and offsprings received the noble ranked. In September of the same year, he and his family were included in the 6th part of the Noble Book of the Tula province.

Ivan.Batashev passed away in 1860 and was buried at the Spassky cemetery in Tula. His famous Works with all its regalia passed to his sons and kept running under the sign ‘Batashev Brothers Alexander, Pavel and Ivan’, until 1880 followed by ‘ Batashev Nikolay Ivanovich and Ivan Alexandrovich’, and – ‘Batashev Nikolay Ivanovich, the Successor of Ivan Grigorievich Batashev’ from 1885.