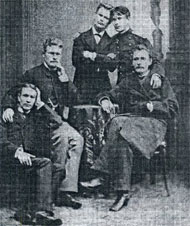 Batashev Brothers. Alexei is standing, is in military uniform.

Among all famous samovar makers brothers, the Batashevs, Alexei, the junior, is known the least. The attention of collectors and local historians happened to focus on his elder brothers, Vasiliy and Alexander, and Ivan who followed in birth order (whom our previous articles are about) did not get left behind either. As for Alexei Batashev, he has always seemed to stay on the sideway, so today but we will try to repair this injustice.

Alexei Stepanovich Batashev (1856-?) was the fourth son of Stepan Fedorovitch Batashev, weapon and samovar maker. Same as his brother Ivan, he was brought up by his older brothers Vasiliy and Alexander and received a classic high-school education, however unlike his brothers chose military carrier and went to military school in the city of Vil’no. The military service followed, but he had to retire from active duty in 1889 due to his illness in the rank of Junior captain to settle in Tula and finally resign three years later. By that time Alexander’s health declined so strongly that he decided his samovar works set up after separation from Vasiliy’s Works in1890 needs to be assigned to his younger brothers, Ivan and Alexei. In 1894 samovar works in Novo-Pavshinskaya street (now Komentern str.) was named ‘Ivan and Alexei Batashev brothers samovar Works in Tula’. Since a doctor and a former military servant had quite limited knowledge of commerce, Alexander kept looking after his pet project via Mr.Khatchev who he put in charge of production. In 1896 the Works employee count reached 210. Since the founder, Alexander Stepanovitch, times the Works was equipped with a steam boiler and two oil engines and occupied 4th place in overall production, with only Shchemarin Brothers Works, V.S.Batashev heritage Works (their closest relatives) and Reinhold Teile heritage Works. By 1900 its annual turnover reached 650 thousand rubles. 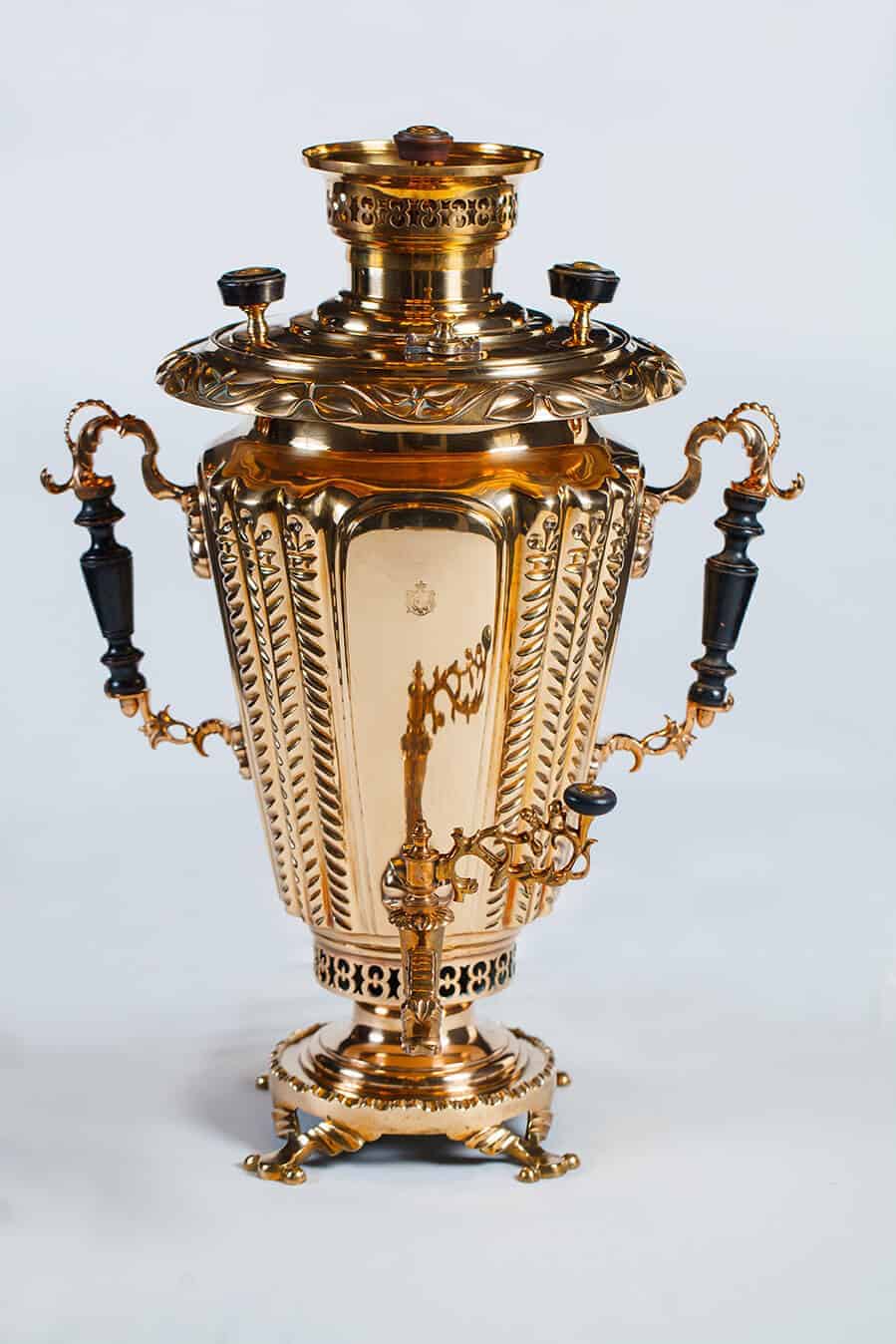 Alexei embraced all of his brother Ivan’s charity initiatives: in 1890s they opened a free ambulatory clinic with the inpatient ward for employees of the Works and their families. The Batshev Clinic opened its doors to some outsider patients as well, mostly the ones in need. Even after Ivan’s died in 1901, Alexei kept taking care of their workers: in his brother’s memory in 1906 he established free elementary school for children of its employees of both genders older than 8 years of age.

Nonetheless, Junior Batashev Works could not avoid revolutionary trends of early XX century and in 1904 as it got mentioned in the police reports: ‘there were eleven proclamations found in the latrine at the Br. Batashev Works in the Novo-Pabshinskaya street by a worker named Merkulov.

Alexei S. Batashev took part in social activities as well: since 1905, for ten years straight, he served as honorary magistrate of Tula Uyezd. Alexei was indeed fascinated by legal proceedings for probably appealing to his sense of justice: back to his military service he used to be the administrative worker to the battalion court and then the member of the regiment court. Since 1907 Alexei had been elected as an active member (with the voting right) of Tula Uyezd Assembly and Tula city Duma, and served two terms as Duma Council during this time: from 1907 to 1912 and from 1913 to 1917.

For what concerns his family life, Alexei was happily married and had five children.

After the Revolution his destiny remains unknown. 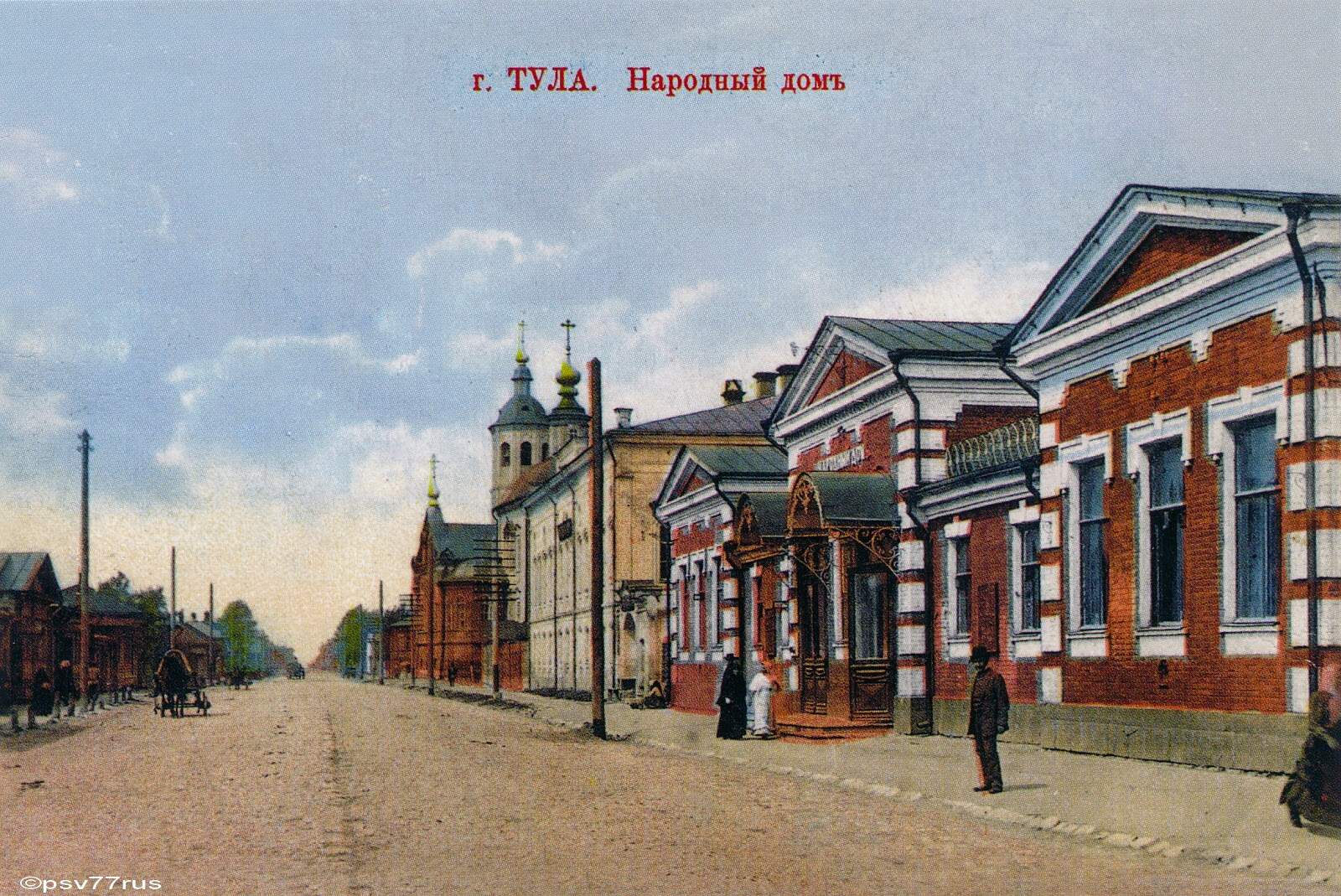