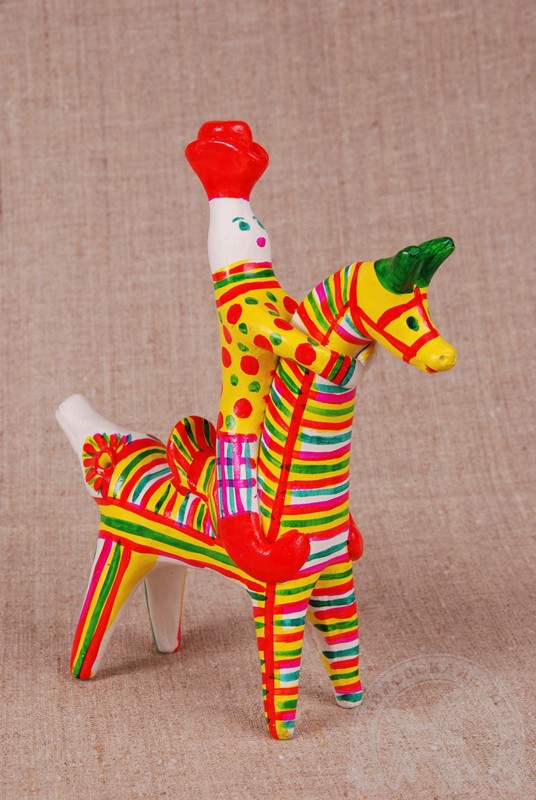 On August 14, 2019, the Filimonovo Miracle exhibition (from the collections of the Filimonovskaya Toy Museum in Odoyev, Tula Region) opened in the Museum of Samovars and Bouillottes.
The museum began its operation in 2009; since then it has become a center uniting craftsmen working in this type of pottery, contributing to the preservation and development of the ancient craft of the Tula District.

This craft has existed in the Filimonovo-Odoyevsky region of the Tula District for a long time. Odoevsky land was never famous for its rich harvest, but the peasants found a way out – pottery. Men made bricks for building houses and kitchen utensils, and women collected the remains of clay and created toys for children. At first they sculpted for themselves and the kids, and after a while they began to sell products at local fairs, traveling to the bazaars in the nearest cities and towns.

Grandmother told the secrets of modeling to children and grandchildren, who had been involved in the family craft from an early age. Already at the age of eight, girls knew how to create simple figures from clay, and by the age of twenty they had a good dowry, assembled by selling colorful whistles. 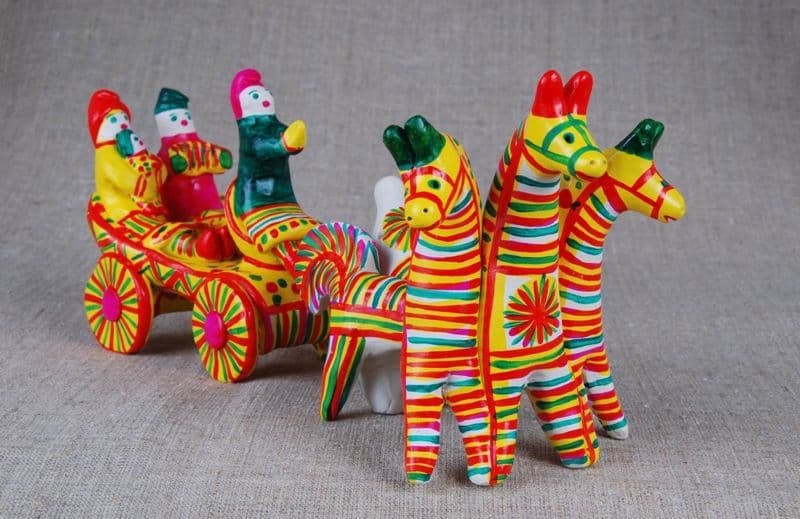 Filimonov Toys | Exhibition «Filimonov Miracle» in the Museum of Samovars

For toys they used non-greasy, but plastic clay “sinika”, which after burning became white. Clay, unique in its properties, allowed masters to sculpt the whole figure from one piece, achieving beautiful plastic expressive forms. Dried items were burned in a furnace, which every craftsman dug out on a hillside not far from his house.

By the middle of the XIX century, thier clay toys became known far beyond the limits of the Tula District. Across the country, people loved bright clay figures, bought them at fairs and gave them to children. During this period, almost all families in the village of Filimonovo lived off pottery. 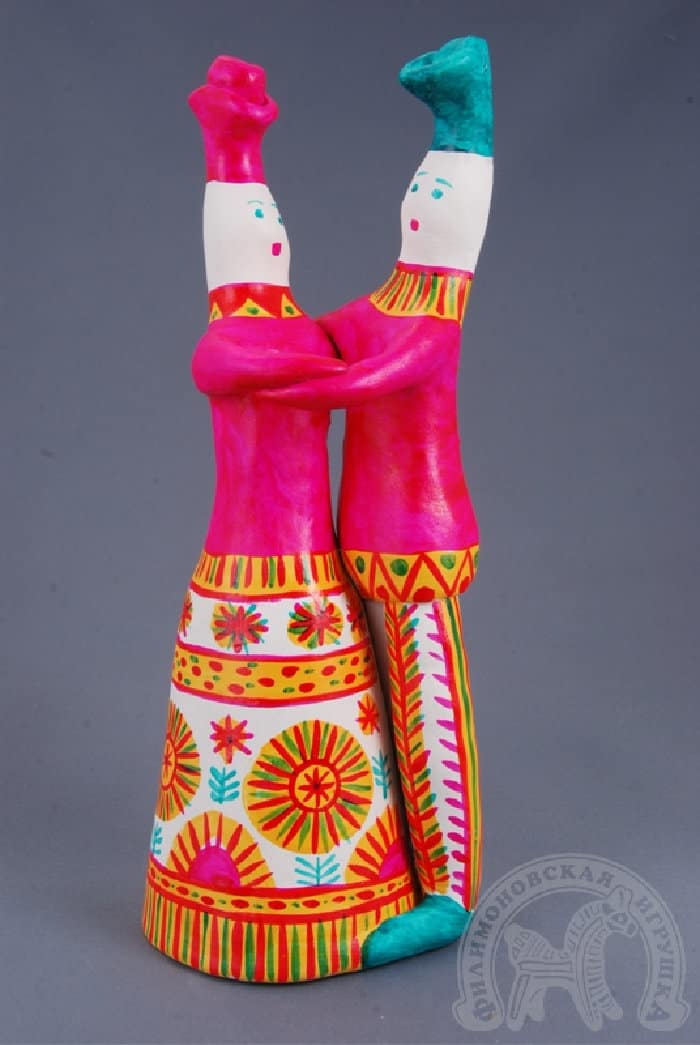 Most products created by Filimonov craftsmen are whistles decorated with both animals and people. Plots are traditional – mistresses and peasant women, gallant soldiers in uniform, couples in love, young ladies in long sarafans and ladies in bast shoes, horse riders. Animals that are native to Russia – bears, roosters and hens, rams and sheep, cows, horses, foxes and wolves. A distinctive feature of Filimonov toys is an elongated shape and elongated proportions, as well as a certain color palette: raspberry red, green and yellow.

Today, master craftsmen use electric furnaces for burning, and instead of colored clays they use aniline paints. But plots remained the same, and as before, the Filimonov toys continue to delight the eye. 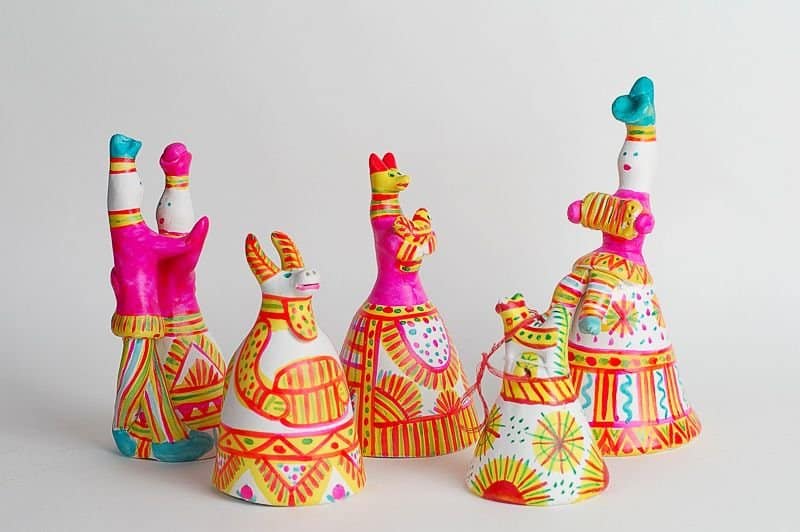 Filimonov Toys | Exhibition “Filimonov Miracle” in the Museum of Samovars