The Filimonov toy exhibition is open until the end of October. 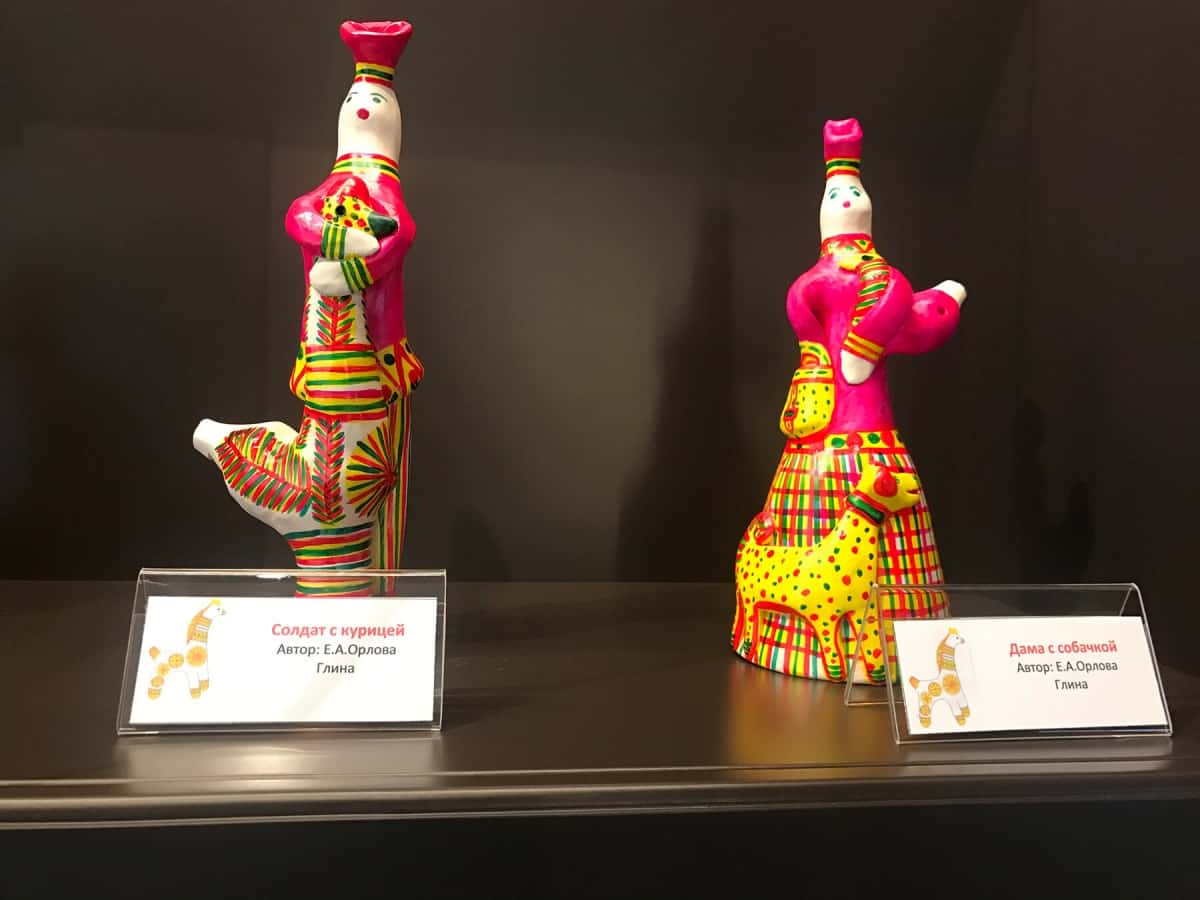 “Filimonov Fairytale” exhibition in the Museum of samovars and bouillottes

October 31, 2019 will mark the closing date of the “Filimonov Fairytale” exhibition from the collections of the Filimonov Toy Museum of the city of Odoyev in the Tula Region, which is featured in the Museum of samovars and bouillottes.

The museum opened in 2009. Since then, it has become a center for craftsmen working in this branch of pottery, contributing to the preservation and development of the ancient craft of the Tula Territory.

This industry has existed in the village of Filimonovo in the Odoyevsky district for centuries. Odoyevsky land was never famous for its rich harvest, but the peasants found a way out – pottery. Men made bricks for building houses, fixed kitchen utensils, and women collected the remains of clay and created toys for children. At first, they sculpted for themselves and to entertain the kids, and after a while, they began to sell products at local fairs, and bazaars in the nearest cities and towns.

The rich and centuries-old history of the unique Tula craft is vividly illustrated by various figures of animals, people and birds. The iconic and largely symbolic figurines convey the good wishes of health, wealth and, long life. Bright original coloring of this toy energizes life, the sun and grass. In ancient times, the masters of this craft put special thought behind each toy. In addition to the charms, which have protective power, each toy had a whistle that scares away evil spirits. The culture of creation and the history of the Filimonovo toy is significant, it tells very interesting tales, memories of the ancient craft, that are especially revered by the people.

Today, craftsmen use electric furnaces for burning, and instead of colored clays they use aniline paints. But modernity has not changed the traditional shapes of the toys, and as before, the fervent Filimonov characters continue delight the eye.

The exhibition presents the works of folk artists of the Russian Federation – Kehaidi Konstantin Nikolaevich, Orlova Elena Alekseevna, Orlov Roman Vyacheslavovich and others.

It is important for everyone who respects and honors the rich Russian cultural heritage to get acquainted with old Russian traditions and examples of Russian arts and crafts. We invite you to the exhibition!