On November 1, 2019 an exhibition of dolls by Elena Lobastova has opened at the Museum of samovars and bouillottes

This is a fascinating journey into a carefree childhood, a magical fairy tale, a world of most cherished desires.

Elena Lobastova, artist and a fashion designer, was quickly recognized among established doll designers and craftsmen. Her difficult but steady path into the mysterious world of dolls has led her to the top of this sincere art.

In 2015, at the competition in the Tula’s Museum of Fine Arts, Elena Lobastova received the Grand Prix for her doll “The Snow Maiden”, made in the technique of the Russian avant-garde. In 2017, at the V Inter-regional exhibition of handmade dolls and toys “From the Depth of Centuries. Tales of the Peoples of Russia” in Ufa, Elena Lobastova received the Audience Award for the doll “Stepdaughter” from the fairy tale “Twelve Months”. Her doll “Snow Maiden” was a participant in the “Doll of the Year” contest in Moscow in 2017. In 2018, the Marlene Dietrich doll reached the final of the contest dedicated to the history of fashion under the patronage of Alexander Vasiliev.

Designer dolls by Elena Lobastova are waiting for you at the Museum of samovars and bouillottes! The exhibition will be shown for a limited time. 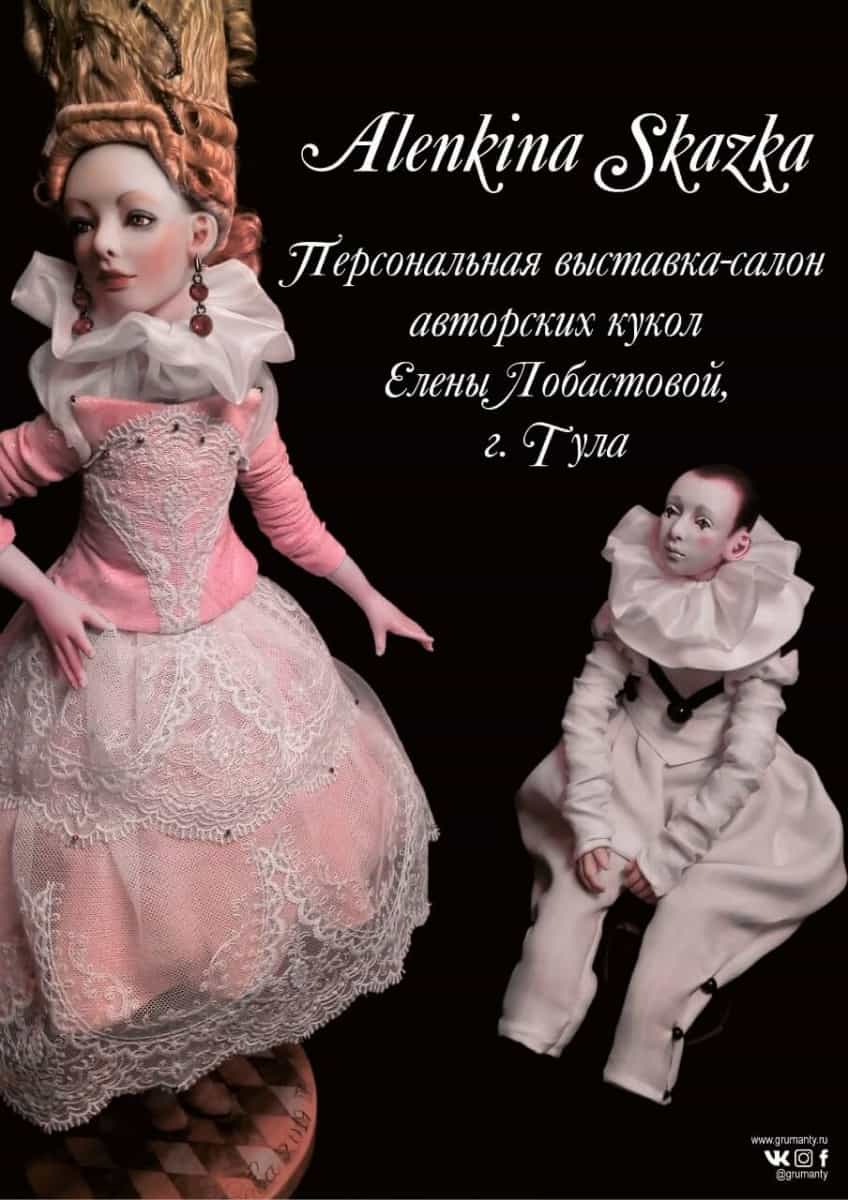